Typically there are several regional heats followed by a national final. Heats typically take place in February (see the Schedule of Heats and Finals for full details).

Report on 2017 KLQ in South Africa

The National Co-ordinator has written a report (with photos) about the 2017 South Africa heats and final.

The winners of the 2020 National Final are Parkview Senior School.

Future heats/finals will be added here as soon as they are finalised. Please check back regularly, or view our Google Calendar or subscribe to our RSS feed.

You can view full details of past South Africa heats/finals on the Schedule of Heats and Finals.

The Kids' Lit Quiz in South Africa is sponsored by Times Media. 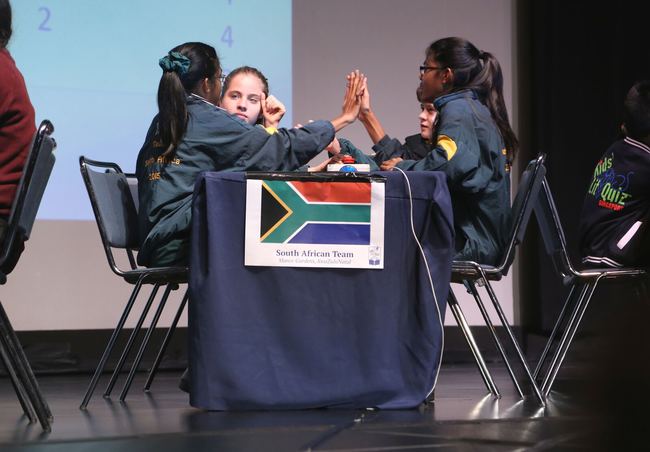