Each year, the winning teams of the national competitions are invited to compete in the Kids' Lit Quiz World Final.

In the interest of students, their families and coaches the New Zealand Board of the Kids' Lit Quiz have been forced  to announce the cancellation of this year's World Final due to the spread of COVID-19. With students and families expected from five continents the risk of travelling to NZ posed too many potential risks to student welfare and to the country as a whole.

A selection of photos from previous World Finals can be found on our Photo & Video Galleries page. 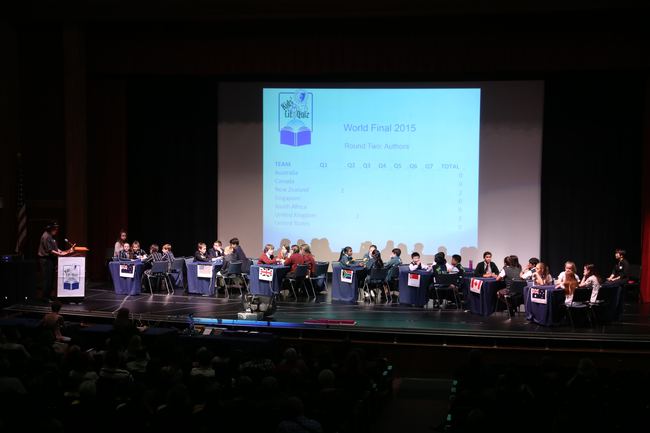