It would have been hard for the subtle knife to cut through the atmosphere of tension hovering over the stage of the Aotea centre in Auckland, New Zealand. Tables of four children huddled together, to pitch their wits against each other. All these children would have imbibed literature for months of the previous year: because they love reading and because they were broadening their normal reading base, in an attempt to cover whatever topics the Wizard of Words, Wayne Mills (in SA we would call him the Sangoma of Stories) could conjure up.

The SA team from De La Salle Holy Cross College had won the first SA Kids' Lit Quiz™ in October of the previous year. There had been forty teams in total taking place in SA. This was a small beginning, but one that will hopefully lead to an exponential growth in the next few years. They faced teams from New Zealand whose schools had participated for possibly over a decade, and a team from Oxford in the UK that had come up against over fourteen winning regional teams in that country. The themes in the regional and national rounds in SA had been very broad, encompassing topics such as "metals in literature", "mythical beasts" and "middle earth". In one theme, questions could include classics, nursery rhymes, comics and contemporary literature. Pupils had also been asked to identify the opening lines of a book and descriptions of authors. There were ten themes in all.

The team had little idea what to expect from the New Zealand finals. When Wayne identified the five themes (with twelve questions per theme) for the finals, they realised the focus was narrower: a whole section on Hans Christian Anderson, another on Fables, one on Nursery Rhymes, another on "Guess the Author" and finally one on "Identify the book from opening lines". The quizmaster went to great pains to ask questions that were not regionally biased towards teams from one of the three countries represented, so many questions covered books from the USA.

The buzzer system ensured that the first team to buzz answered the question. For the SA team, this was a great learning curve – a quick draw of literary memory, with pulses racing as they reached for the buzzer, often too late. One had to be sure of the answer, as a wrong answer led to points being subtracted. Overall the team came sixth, with an awesome win by a local New Zealand school for girls, St. Margaret's. All the teams were presented with book prizes and Paper Plus, the sponsors, had ensured these were recently issued titles, to take keen readers even further in their never ending search for new, exciting worlds of literature.

The quiz was followed by a dinner with a David Hill, a New Zealand author, as guest speaker. One person from each of the KLQ teams was asked to stand up and talk about their favourite book. The next day, the Storylines festival at the same centre, focussing on children's authors, illustrators and books, included the winning team and the teams from SA and the UK. Team members read out stories from Hans Christian Anderson, asked the audience Kids' Lit Quiz™ type questions and spoke on their favourite book, at the Borders Bookshop next door to the Aotea centre. The people at the festival were all so welcoming and encouraging of the fact that SA had sent a team.

Team members rushed around, meeting authors, getting newly purchased books signed, scanning book dealers' stands for authors unknown to SA bookshops and generally soaking in a wonderful focus on a topic dear to their souls. At that stage they could have died happy, but the fun had only just started!

Paper Plus had organised a week's tour of the North Island for the SA and UK team, which included heritage such as a Maori Village and carving centre, natural wonders such as the Wairakei Craters of the Moon, Waitomo caves, Lake Taupo and Rainbow Springs, displaying of NZ's fauna and flora and fun – from Zorbing, to swimming in heated pools and ten pin bowling.

We had a most wonderful week traveling the North Island and came away with the impression of a country that is developing a real sense of national pride in its Maori culture and in many ways is a very gentle place to live. The never-ending beauty of the countryside and bays is extremely seductive and we all met really great locals who endeared us to the place.

It was great traveling with a team that responded so positively to everything and we were so proud of them. I came back so inspired by reading initiatives, wonderful public libraries and resources and above all, generous hearted people. What a great treat for kids who read to expand their horizons. Well done, Paper Plus and above all, Wayne Mills, for making this possible! 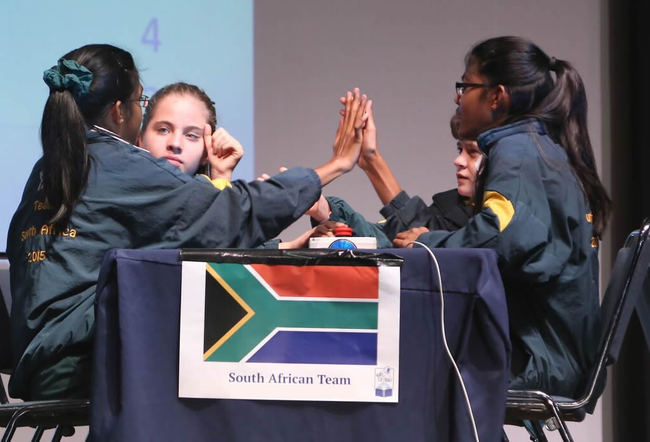